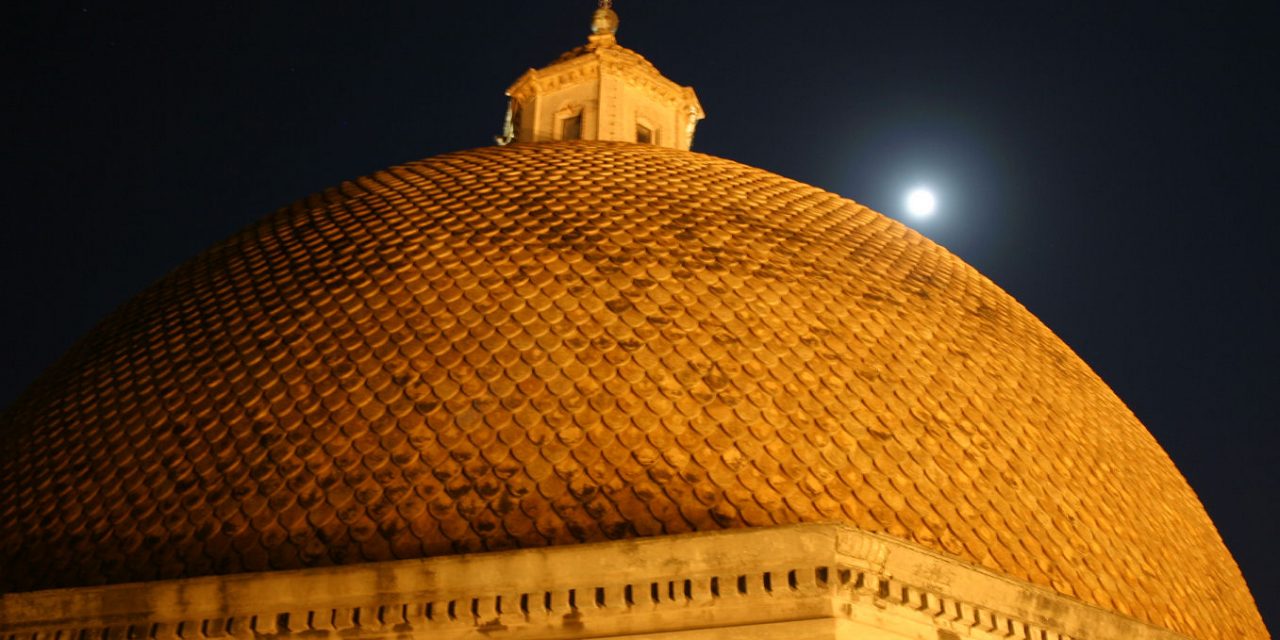 The origins of Giulianova date back to the third century BC when the Romans created a new maritime colony called Castrum Novum which became an important road junction and commercial port.

In the Middle Ages the city was renamed Castel S. Flaviano, in honor of the Holy Patriarch of Constantinople, whose remains according to a legend miraculously reached the Julian coasts. The medieval city passed to the Acquaviva family who made it their main residence until its destruction around 1460 during the battle of Tordino fought between the troops of Federico da Montefeltro and Alessandro Sforza against those of Jacopo Piccinino and Bosio Santofiore. About ten years later Duke Giuliantonio Acquaviva, instead of rebuilding Castel S. Flaviano on its ruins, founded a new city which he named Giulia on the adjacent hill. Giulianova due to the peculiarity of the design with which it was built remained unchanged until the seventies – eighties of the nineteenth century when a demographic and economic increase led its inhabitants to overflow outside the walls and to expand on the coast thanks to the presence of the railway which came into operation in 1863. 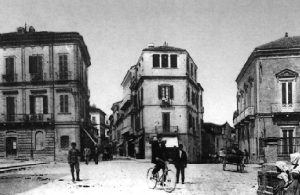 The Duke of Atri and Teramo, Count of Conversano and of S. Flaviano after having bought back S. Flaviano abandoned it, because little by little on the place, one day healthy, swamps had formed, from which pestiferous miasmas exhaled, cause of fevers and deadly diseases: the works of rehabilitation, due to the great scarcity of the times, were neglected; citizens who are dead, missing or fleeing; the battle fought there on July 27, 1460 and the sack given to you by Matteo de Capua thereafter had reduced S. Flaviano to a heap of ruins.

To restore the city, devastated by the fury of men and elements, he preferred to build a new one in a higher place and not far from the old one, which Giulio wanted to call Giulianova from his name. And so, on a delightful hill overlooking the Adriatic, in a very fertile land, productive of all the good things of God, under a laughing and serene sky near the sea, with a vast horizon, which serves as a border by the blue waves of the Adriatic and the superb chain of the Apennines, with the towering Gran Sasso, irrigated by two rivers, Tordino and Salino, this city arose. It has the shape of a quadrilateral, surrounded by very strong scarp walls with slits and scallops, and leaning against a slope, which is gently degrading; it was defended by seven heavily armed towers, which remained standing until 1860, and one of which can be seen every day, almost intact, with the original coat of arms of the Acquaviva family carved on stone; with three doors that gave it entrance, with a castle or stronghold of strong construction; adorned with a large square, the base of which was made up of solid bricks arranged in a courtyard, a square that had on one side a sumptuous palace, the Count’s residence, and in front of it the magnificent temple dedicated to S. Flaviano.

From its founder, Giulianova was always in possession of the Acquaviva Duchi di Atri, who held it with the title of Counts and preferred it. The last Count of S. Flaviano and Duke of Atri was Luigi, general of the National Guard and senator of the Kingdom. But having none of his four children: Giulio, Francesco, Girolamo, Alberto, had male offspring, and since instead Francesco, who took the noblewoman Donna Maria Zunica de ‘duchi della Castellina as his wife, had from this only one daughter, Donna Giulia, married to D. Giustiniano Tomacelli Filomarino Prince of Boiano, has received all the titles that once belonged to the illustrious Acquaviva d’Aragona family. Meanwhile, the inhabitants of S. Flaviano, who had abandoned their destroyed homeland, transferring their penates to the new city, took for their emblem the effigy of Giulantonio on horseback, while the company of Castrum Divi Flaviani was formed by a castle with a tower at the corner, and around the motto: S.CV.PA.ET.DO.H.IS :, that is: Sit cum Patre et Dominio Honor Jesu Cristo.

King Ferdinand, at the intercession of the founder, “applying the privilege of the title of Count of S. Flaviano to the land of Giulia”, granted many franchises and exemptions with letters, chapters and diplomas. A plaque, one day superimposed on the ancient marine door, preserved by the well-deserving citizen Gaetano De Bartolomei, has the following lines engraved, composed by the famous Monsignor Giov. Ant. Campano, bishop of Teramo, who recall the foundation of Giulia:

The original coat of arms of the Acquaviva, which was seen carved above these verses, was represented by a rampant lion with half a winged dragon, and on both sides, festoons of fruit and flowers. Subsequently, and after the aforementioned diploma, from the year 1479, that of the Royal House of Aragon was quartered to the original coat of arms. 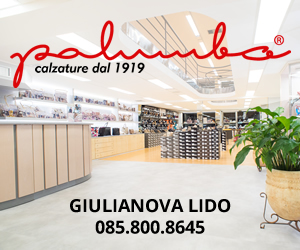 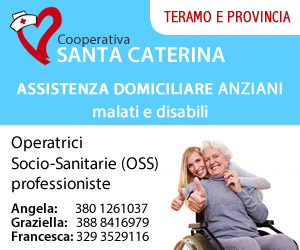 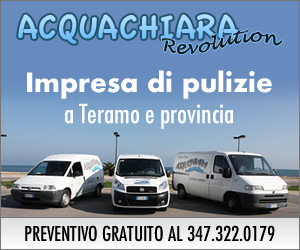